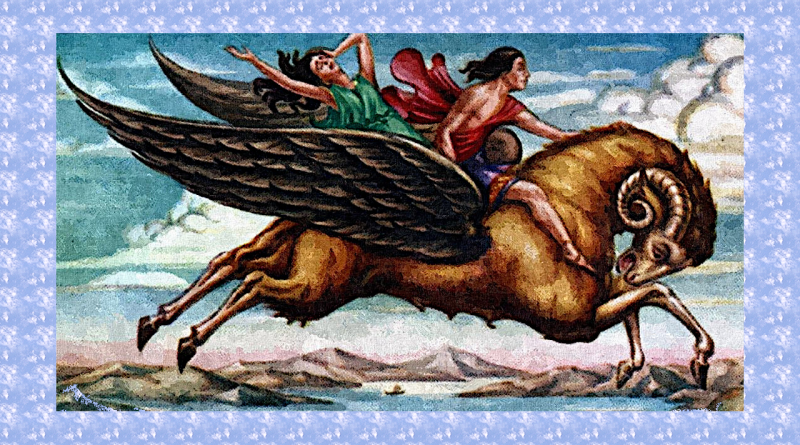 I see that everyone on Instagram and the other social media venues are talking about the hunter moon, with the Moon in Aries today. Let us recall the source story of Aries the ram. It represents Chrysomallus, the flying ram that rescued two children and provided the Golden Fleece. Aries can therefore embody protection, rescue and wealth. The Three of Wands, we’ve noted, is influenced by Aries. Its focus on commerce and trade (sea trade in the RWS illustration) may invoke the story of Jason and the Golden Fleece, which also touches upon Mars (the fleece was kept in a grove sacred to him) the Sun (Chrysomallus was descended from the Sun God), and Binah (the “mother” symbol of the qabala—Hera figures prominently in the Golden Fleece story). All of which are influences upon the Three of Wands.

The illustration was taken from a trading card issued by the Liebig Extract of Meat Company. The cards were published beginning in the 19th century, though this one may be from the early twentieth century. The company hasn’t existed since 1979. I don’t have the source credit for the photographer, but I think it’s a pretty safe bet this card is public domain.

Note: Tarotgrams are a new feature! They stem from dabbling with Instagram (search for IsleVueCom there if you want to find me!).