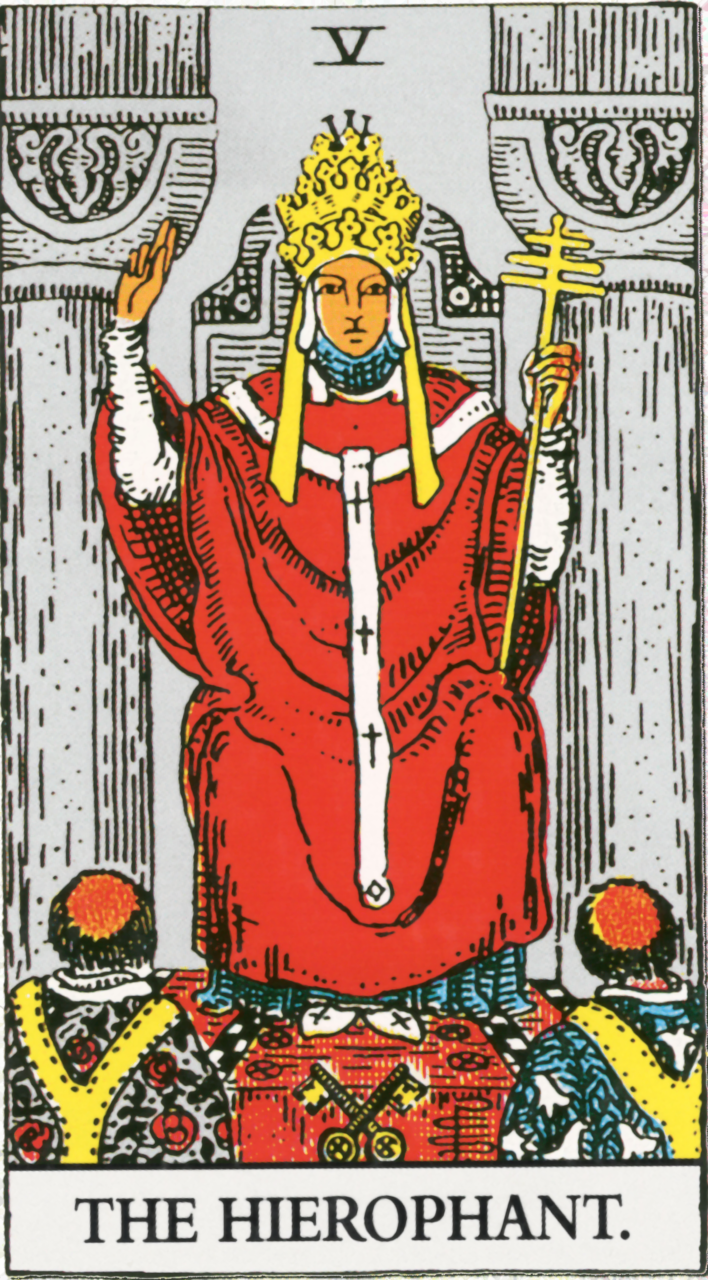 Note that I am taking the Hierophant out of order, so that I may place him between the High Priestess, and the Emperor, both of which are referenced in the notes to this post.

At this point, after just a few cards, I think we can start seeing patterns; not only betweeen the archetypes portrayed in the cards themselves, as we’ll see when we compare Hierophant and High Priestess, but in Waite’s departures from the viewpoints of his contemporaries and predecessors. From here forward we can provide a “Conclusions” section. After all, we can’t expect you to read this blog without providing more than just a regurgitation of others’ work.

As you may already know, the Book T contains descriptive detail regarding the symbolism of all the minor arcana cards, but for the majors, the keys, they contain a mere sentence or two each. Mather provides further descriptions of the major arcana, but we note that he does so mostly in context of illustrations from older sets of Tarot cards, such as the Marseille deck. Therefore we can note of Waite’s work:

One last point, for context: recall that Waite broke from the Golden Dawn group specifically to form another group (the Fellowship of the Rosy Cross) to interpret the tarot from a more “Christian” viewpoint. Though he had left the Roman Catholic Church many years earlier, we know from his writings that he still was drawn to its rituals We find, though we’re only a few cards into the deck, that many of the new symbols we’ve found are of a specifically Christian nature. We can point to items such as the palms mentioned above, and the lemniscate of the Magician, which possibly refers to the Holy Spirit.