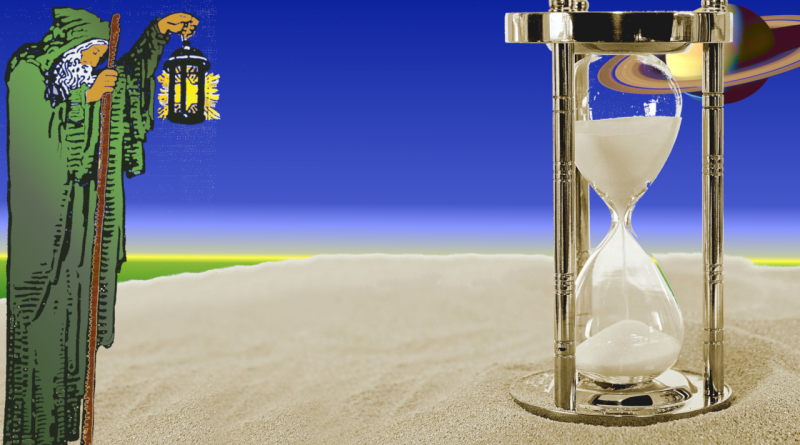 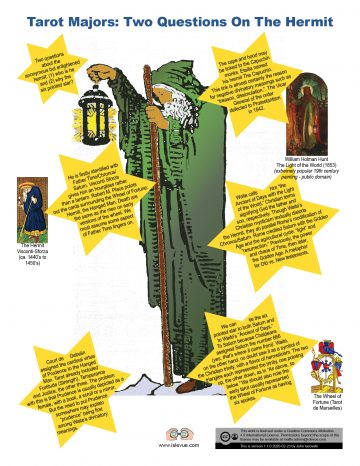 Two questions about the anonymous but enlightened hermit: (1) who is he and (2) why the six pointed star?

Less mysterious but also important is the question of where do the very, very negative secondary set of upright divinatory meanings come from? Waite’s divinatory meanings are: "Prudence, circumspection; also and especially treason, dissimulation, roguery, corruption."

The post continues a format—one page, one basic thought (or perhaps in this case, two minor ones)—depicting a single aspect of a single major arcanum. So much has already been written about each of the major arcana, I see no need for me to repeat the general literature.

Where I think I have been most successful in the posts at this site is linking Tarot’s “building blocks” together and portraying them graphically (as in the Tarot Wheel and the One Page Guides) so as to better explain the whole. Therefore the format centers around a graphic, sometimes just the card itself, that sheds light on a single factor that helps make that arcanum what it is, along with (hopefully) a brief amount of text. Note the higher quality PDF download will be easier to read. Note also that most of the text in the main section below repeats the text in the PDF (so that the web indexers can scan it here, as opposed to the bitmap above); it is only slightly expanded here, plus links added. Feel free to download the PDF and skip the rest of this post.

Two Questions On The Hermit

The Hermit’s first identity is Father Time, who is associated with the Greek god Chronus, and his somewhat more mellow Roman analogue, Saturn. The Visconti Sforza deck (ca. 1440’s to 1450’s) gives him Father Time’s hourglass rather than a lantern. Apparently he hadn’t yet found wisdom. Robert M. Place points out that the cards surrounding the Wheel of Fortune: Hermit, the Hanged Man, Death are the same as the men on early versions of the wheel. Given the great age of Colman Smith’s hermit, we must assume that some aspect of Father Time lingers on. This could explain "corruption" among Waite’s divinatory meanings, and even "treason," as in the saying "Time is the traitor."

Court de Gebelin connected the cardinal virtue Prudence to the Hanged Man. Tarot already included Fortitude (Strength), Temperance and Justice, the other three. The problem with this identification is that Prudence is usually depicted as a female, with a book, a scroll or a mirror. But the feeling that there was a need to include the missing virtue may explain "prudence" being among Waite’s divinatory meanings. There’s little reason to think that Waite was identifying the Hermit as "Prudence," nor even as "Wisdom", which is sometimes said to be a part of prudence.

Waite in his description of The Hermit says he is "the Ancient of Days with the Light of the World." These are well known Christian terms which identify the Hermit as both God the father and Jesus the son. Indeed, Jesus with the lantern in the Hunt painting, which was extremely popular in Victorian times, wears green like Colman Smith’s hermit. Though Waite’s Christian mysticism appears to textually distort the Hermit past recognition, one could make a comparison with the Romans’ modification of Chronus/Saturn, in which they gave Saturn credit for the Golden Age and the agricultural cycle. The latter two represent "light" and "resurrection," which may have been an irresistible metaphor for Waite. Chronus was responsible for the power and chaos of Time, but alternatively, as Saturn, he gave humanity the Golden Age by replacing his father, the cruel, primordial god, Uranus. One might even call it Old Testament vs. New Testament.

Everyone today recognizes the six pointed star as the Star of David, but it’s been other things as well. We can tie it to both Saturn and to Waite’s "Ancient of Days." To Saturn because Chaldeans assigned Saturn the number 666 (yes, that’s where it came from). For Waite, there is almost no doubt that he saw the two triangles, one pointing up, the other down, as two instances of the symbol of the Christian trinity. The “mirror image” of the two adds a bit of hermeticism, as in "As above, so below." We might also note the early tarot usually represented the Wheel of Fortune as having six spokes plus a crank to turn it. As far as the identification with Prudence goes, there is little if any material to link the six pointed star with it. 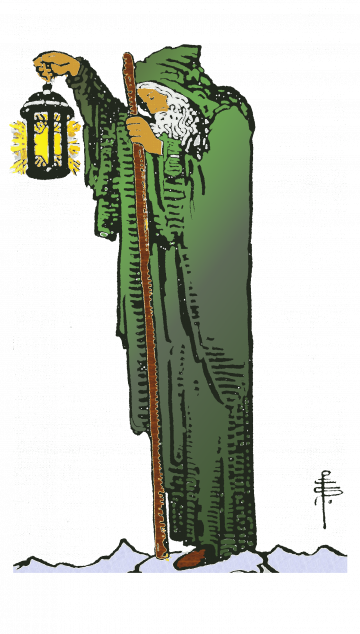 We have already noted that among the negative aspects of the Hermit’s divinatory meanings assigned by Waite, "corruption," and "treason" more or less line up with the identification as Father Time. We should also note that these negative meanings may be quite old, since they are similar in Etteilla. Dissimulation, in the sense of "disguise" can be linked to the cape and hood. The cape and hood are linked to the Capuchin monks (the name of the order came from the hoods, by the way): Etteilla named his hermit The Capuchin. This link is almost certainly the reason for the negative divinatory meanings. The Vicar General of the order defected to Protestantism in 1542. The order had a difficult time following that for a very long time.

In the end, the identity of the Hermit is in the eye of the beholder, since he seems to hold more than one identity. But that may be appropriate for a major arcanum associated not just with prudence, but also with dissimulation and treason.

Background for feature image by annca from Pixabay 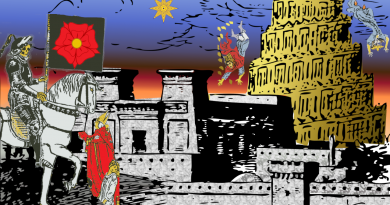 The Tower, the Black Death, the Antichrist and the Apocalypse 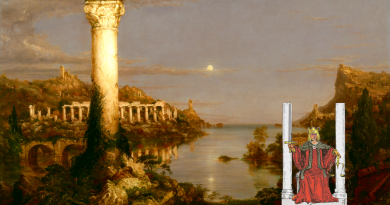 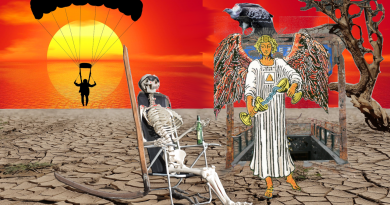