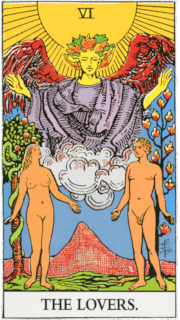 Waite goes to great lengths (a good long paragraph) to separate this card from what he described older illustrations conveyed, namely, marriage, conjugal faith, honor and love. His interpretation appears to be much more physical, though he appears to paper over his fixation on sexuality by blathering about “the great mystery of womanhood,” and stating that man needs woman because “only by her can he complete himself.” At some point we must brush aside the preoccupations of Victorian England (and shortly thereafter) and concern ourselves with the basic archetypes. 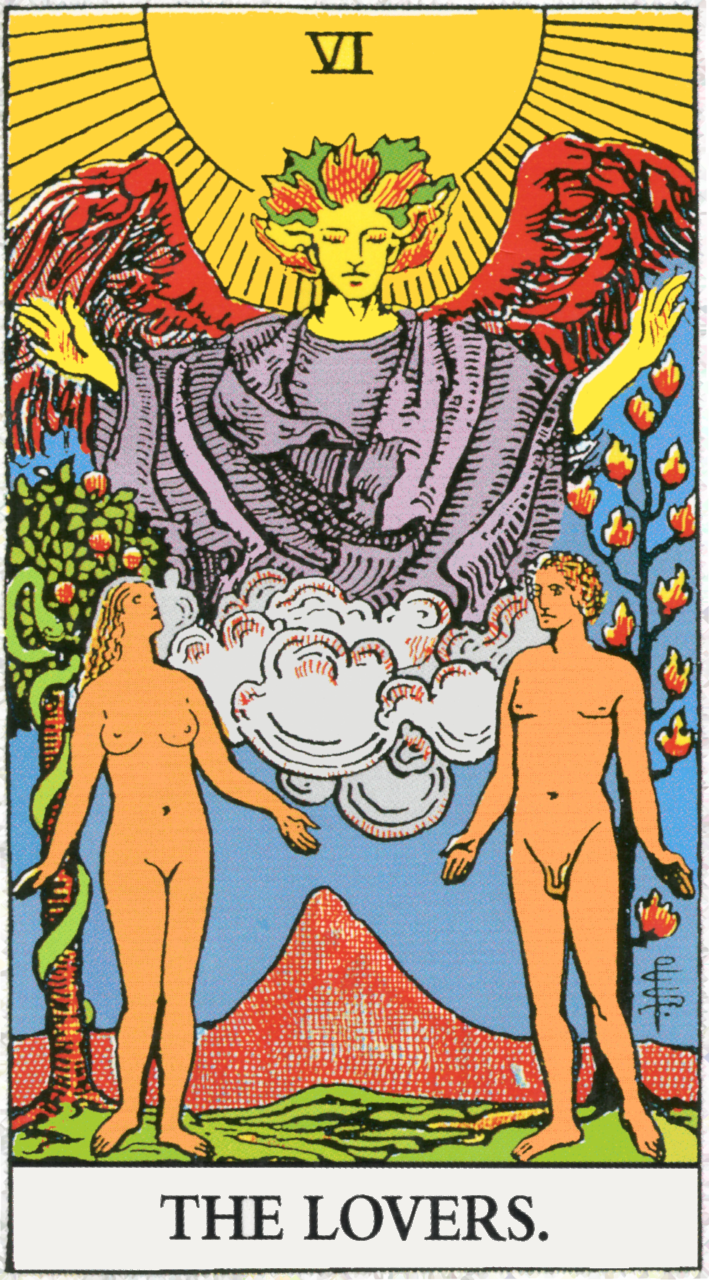