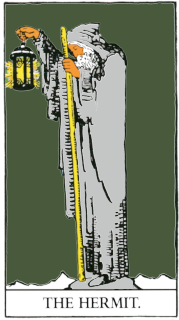 The next in our series of posts regarding the symbols in the Waite Colman Smith tarot deck is the Hermit. We compare Waite’s descriptions in the Pictorial Key, the textual descriptions by predecessors and contemporaries such as the Boot T and Mathers, as well as any “undocumented” symbolism in the illustrations, which may represent enhancements to Waite’s instructions by Colman Smith, or the latter’s own ideas.

In today’s urbanized, overcrowded and materialistic world, we remind the reader that the definition of a hermit is not just one who seeks solitude. The hermit withdraws from society for a life of religious contemplation. It is a tradition of asceticism which dates back thousands of years. Keep that in mind as you look at the Hermit.

We will make the next post in the series a summary overview of the first group of major arcana, since we’ve now done ten. For now we will point out that the Hermit is in the same class as the two other spiritual members of the first ten, the High Priestess and the Hierophant. In all three, Waite has overtly inserted new symbols. He textually ascribes significant variations in meaning to all three cards. These variations can be said to shift the focus of the three. In order of their presence in the deck, they were formerly said to represent inner spirtuality, external spiritual authority, and the path to spiritualty. Waite now gives them to represent the spirituality of the Christian religion, the physical presence of the Christian church, and the success or failure of the individual Christion, i.e., attainment of the wisdom of life’s spiritual journey, versus whatever lies below for those who fall from the precipice. 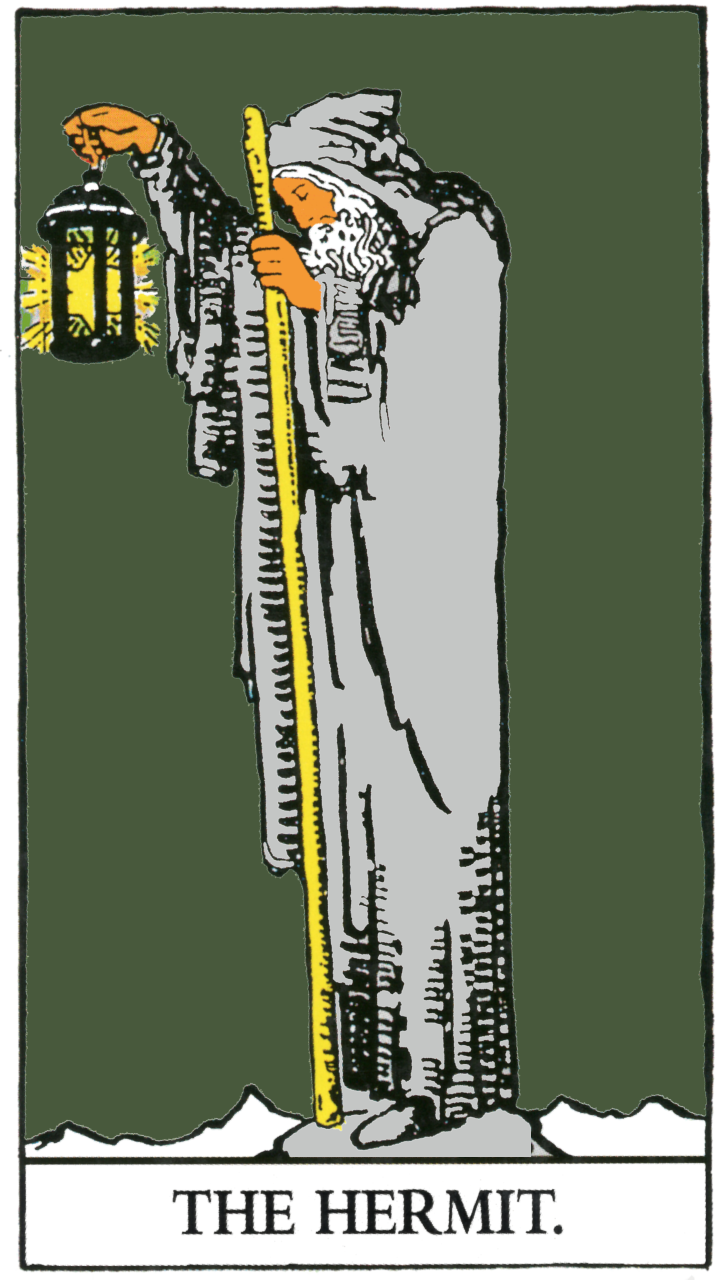