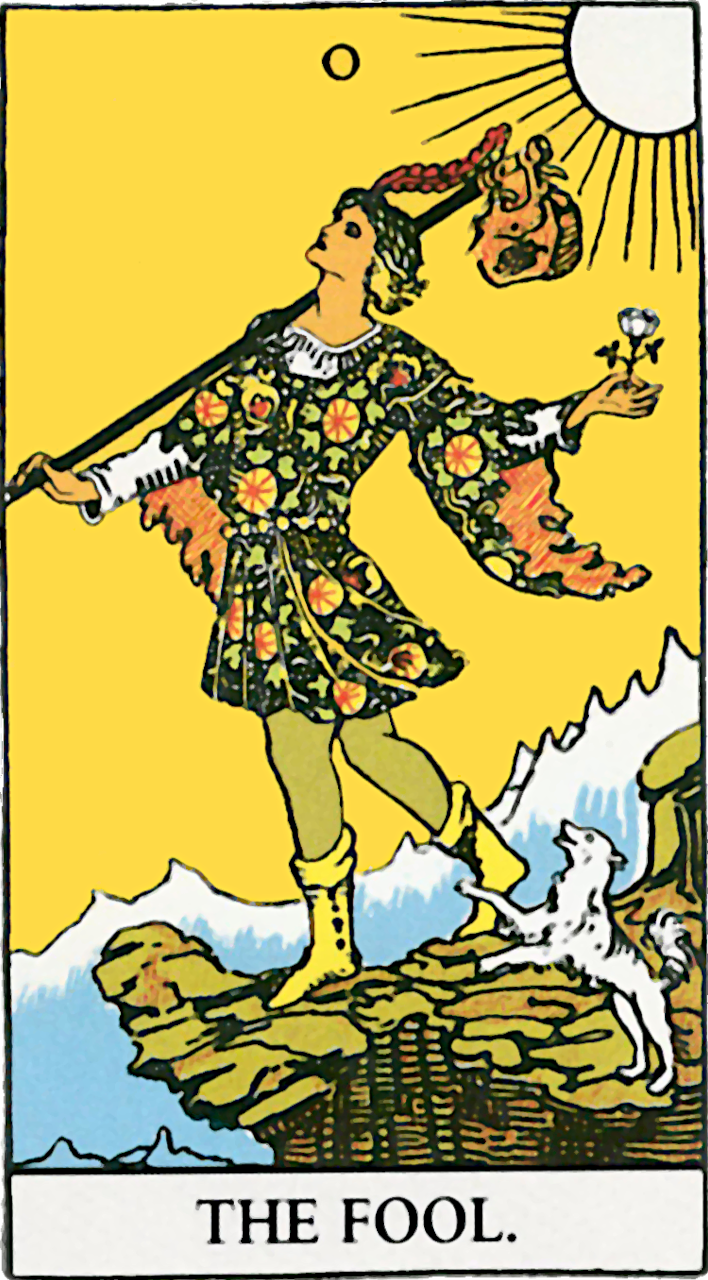 In the previous post, we noted that symbols were something of which multiple instances could be found in a given card. As an example, the Magician contains various symbols including a lemniscate (infinity symbol), an orobouros (a snake grasping its own tail in its mouth, i.e., something with no beginning, no end), and various others, including the four suits themselves.

What this post and some of the next posts will do will be to take a card, and note the specific symbols that Arthur Waite described in his Pictorial Key to the Tarot (1910). We will then put Waite’s explanations (in quotes) for each symbol alongside them. The importance of that is that previous writers, for example, MacGregor Mathers (The Tarot, 1888), whom Waite specifically mentioned, and others such as the Book T of the Golden Dawn society, described the keys/major arcana with very short descriptions. We will attribute additional quotes as needed.

In some cases, Waite mentions a symbol, but doesn’t provide further explanation. We will attempt to use other writings either contemporary with or before Waite, to “fill in.”

This exercise will accomplish several things: