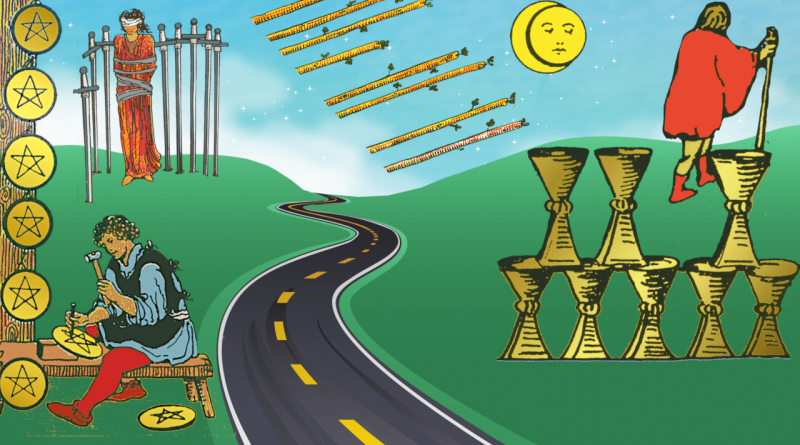 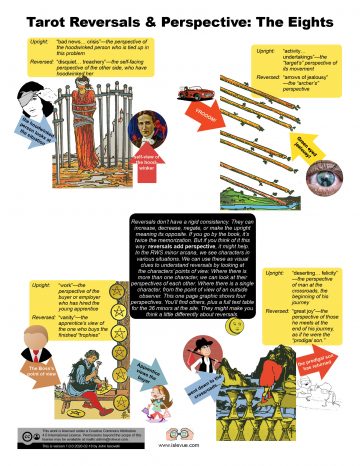 You’d think that the Eights, which after all, should hold the promise of the infinity sign—an eight turned on its side—would share a theme of endless vistas and promise. But no. We might indeed say that the Eights tell the tale of a journey—just not a very pleasant one. A journey makes perfect sense, given that the qabalistic influence, Hod, is thought to represent the two feet of a person’s body. The beginner of the Eight of Pentacles takes the first steps. The Eight of Wands continues, swiftly approaching a conclusion; things are looking promising. But then the Eight of Cups comes to the fork in the road. And you know what Yogi Berra said: "when you come to a fork in the road, take it!" And so, unfortunately, the Eight of Swords binds herself at a time of crisis. Perhaps we ought to call them the "annoying eights." Note, by the way, we placed the Eights in calendar order by decan, though we did not start with the earliest in the Zodiac year.

For the four Eights, the roadtrip from Hell of the RWS deck, to illustrate the idea of these perspectives, we find the following (Waite’s meanings in regular typeface, my notes in italics):

Background for feature image by Annalise Batista from Pixabay 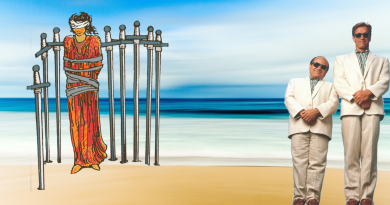 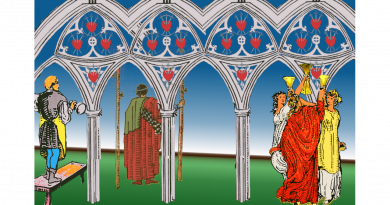 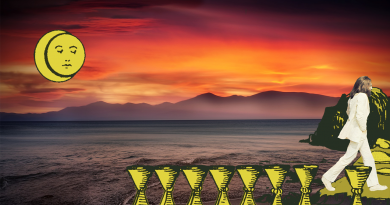