The next in our series of posts regarding the symbols in the Waite Colman Smith tarot deck is Strength. We compare Waite’s descriptions in the Pictorial Key, the textual descriptions by predecessors and contemporaries such as the Boot T and Mathers, as well as any “undocumented” symbolism in the illustrations, which may represent enhancements to Waite’s instructions by Colman Smith, or the latter’s own ideas.

It is important to note two more facts regarding Waite’s revisions to the Strength card: 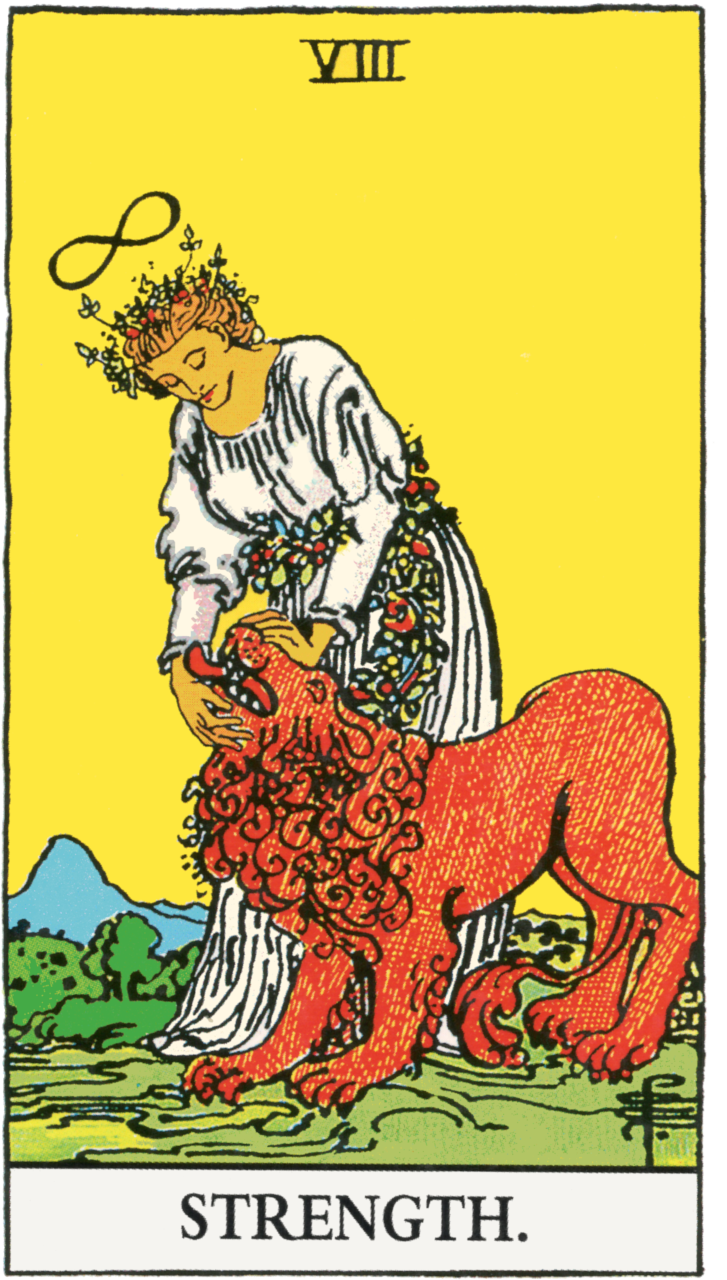