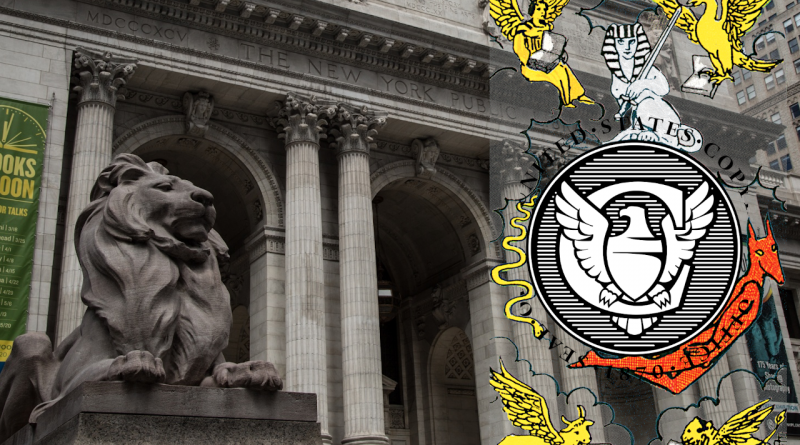 Perhaps by coincidence (if there is such a thing in this universe), two articles concerning copyright, something that I have thought about a lot, recently crossed my path. I should probably state my views regarding copyright up front. Those familiar with the fact that I put my work at this site under the most liberal of Creative Commons licenses (International Attribution) might have assumed I’m against copyright in general. But I’m not, and don’t begrudge those that copyright their work. In my case, so much of what I do here is based on public domain material that I would not feel comfortable copyrighting this work.

Of the two articles, the first was a note at slashdot concerning the copyright status of works published in the USA between 1923 and 1964 (any work published before then is public domain; anything since copyright protected, assuming the original work carried a copyright notice). During that period it was the responsibility of the publisher or author to re-apply for extended copyright after the initial period. Most did not, and the article concerned pointed to Stanford University’s search page which lists copyright renewals. The article also described the work of the Hathi Trust, which is creating e-books of some of the expired materials. I downloaded a couple of works of fiction from them, in fact, though by chance they were both obscure 19th century works, long in the public domain.

The second was an article at tarotassociation.net (may be paywalled) concerning the use of tarot card images, and copyright and trademark in tarot in general. The Tarot Association staff did an exemplary job in contacting some of the deck publishing houses and summarizing their policies (generally, they don’t mind reproducing a card or two; this makes great sense in that it’s “free” advertising).

Of course, the most popular deck of all, the Waite Colman Smith deck, dates to 1910. All its cards were reproduced in Waite’s Pictorial Key to the Tarot (1911), which is fully in the public domain. Mind you, if one were to purchase a U.S. Games RWS deck in a store, scan it, reproduce and market your own version of it, that could be a problem because they most likely have updated their “plates” recently to take advantage of new digital printing methods. That work can be claimed to be intellectual property. You could purchase a copy of the 1911 book, however, unbind the pages (as much as a sacrilege of culture, in my opinion, as copyright infringement is a crime) and market a “copy” product from those. In any case, the many digitized bitmap versions of the RWS cards “floating” around, including many at Wikimedia, are probably quite safe to use for any purpose.

What occurred to me, perhaps more importantly, was to (1) to search for works with “Tarot” in the title published between 1923 and 1964 to see what titles had a lapsed copyright, and (2) search for some specific works. Of the latter, I had in mind particularly Crowley’s Thoth deck, which I knew had been published after his death, and Paul Foster Case’s works.

In the category of works with “Tarot” in the title, one finds only 25 works that have had their copyrights extended. To find all the other works between 1923 and 1964, which therfore are now in the public domain, one would have to cross reference those with a search of the catalog of copyright entries at the copyright office. Most of those, however, are not online, so that would involve a trip to Washington. But if you know a work published in those years, and wish to check a specific work, the search page is the way to go.

The second “question” has a different story. First, Crowley wrote a number of works, only two of which had their copyrights extended. His Book of Thoth, and the Thoth deck, which were my primary interests, were originally published in 1944 in a limited (and very expensive, even for that time) edition. It was more widely published in 1969, at which time a U.S. copyright was recorded. Given that the 1944 edition is probably unobtainable, it is safe to assume that Thoth has a long time to go before arriving in the public domain, though Crowley himself died over seventy years ago. But purchasing a deck or even a book about Tarot from a publishing house with many tarot related offerings aids the entire Tarot “industry,” so that is not necessarily a bad thing.

Paul Foster Case, who of course was a very popular writer on Tarot in his time, wrote seventeen books between 1920 and 1947, the first of which is now in public domain. Of the others, eight had their copyrights renewed. So theoretically, one could purchase copies of the non-renewed books, participate in the Hathi project, and distribute these materials for free. In fact, I suspect that those eight books are probably not available for sale; that they are probably out of print since their copyrights were not renewed. In this case, we see the value of public domain “reprints.” Case, we should note, died in 1954. He designed the B.O.T.A. deck which is still available, and is considered to be much like the Waite Colman Smith deck, though with variations.

While I have “colored” this account of copyright, tarot, and public domain availability of key works with my own personal tastes and views, knowing about copyright when dealing with a subject whose original history dates back over a century or more ago, but which has seen a grand revival during the last fifty years is a handy thing. One of the best places for further information is the New York Public Library. I had worked in the main reading room there when I was in college, in fact, so it gives me joy to consider reading, the NYPL and tarot in the same article.

But more importantly, while modern decks do wonders with re-interpreting the sets of symbols that Levi, Papus, the GD, Waite and Crowley refined and bequethed us, and that while intuition is a marvelous way to connect tarot, the reader and the querent, reading those pioneers as a way to build a solid foundation for your intuition is even better.