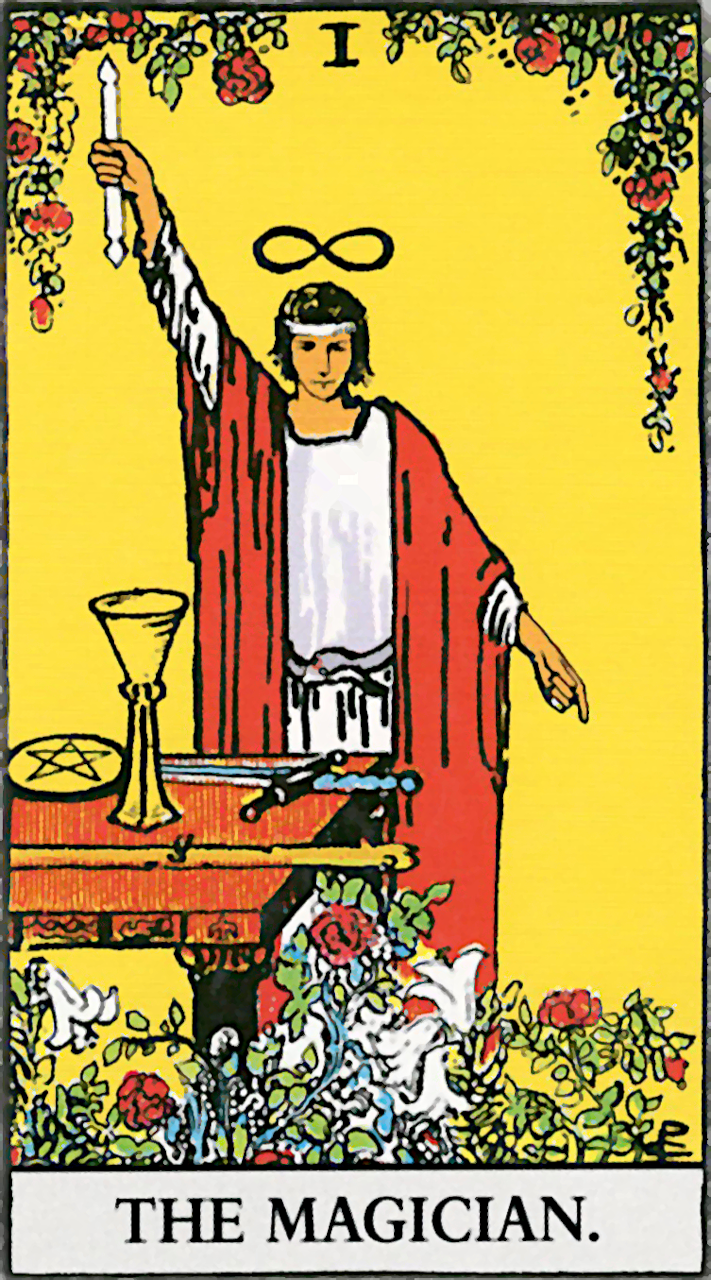 We list the symbols in Colman Smith’s Magician illustration which Waite dictated in his Pictorial Key to the Tarot (1910). We compare his descriptions to MacGregor Mathers (The Tarot, 1888),and the Book T of the Golden Dawn society. In this case we note Waite makes a point of explaining the Magician’s gesture, which it appears is a refinement of Mathers notes regarding the Hebrew character aleph; Waite also appears to specify the lemniscate above the magician’s head as a means of emphasizing previous writings which referred to a hat like an aureole. Where Waite appears to distinguish himself from his contemporaries is his ascribing the symbols of the four suits on the table as being “the elements of natural life.”