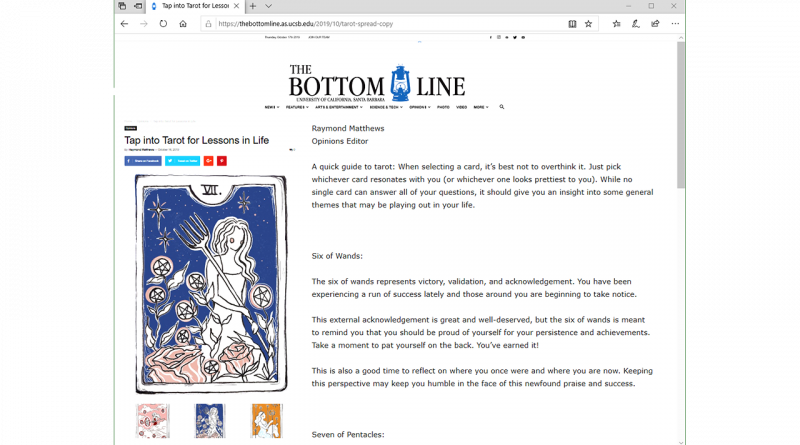 It seems as though there’s something in the air at our universities. We noted the other day a feature article at the daily paper of Rochester Institute of Technology discussed tarot. Today we note that the newspaper of the University of California at Santa Barbara has a feature article regarding tarot as well.

The article is very short, and other than advice “not to overthink it,” it is simply a three card draw (Six of Wands, Seven of Pentacles and Eight of Pentacles) and a few sentences each regarding what each of the cards represent.

The article leaves the impression that the writer wished to make some general statements regarding tarot, but that they were subsequently edited out. The article remains as an indicator, however, that the popularity of tarot, once again, is growing in our society.