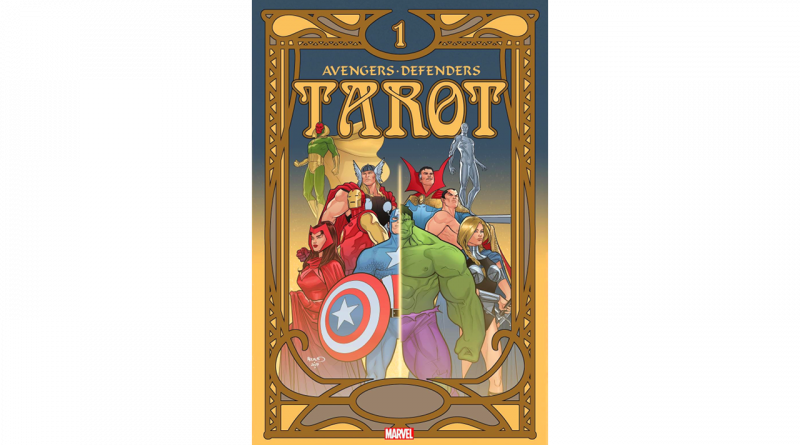 Now don’t get me wrong… I like Marvel. When I was a kid in the sixties, I liked them much more than D.C. comics, and had several #1’s in their various series (which my mom regrets throwing out to this day!). Spiderman was my favorite of course, he living in the next neighborhood over. But to get to the point:

Tarot #1An all-new epic adventure teaming the classic Earth’s Mightiest Heroes with Marvel’s premiere Non-Team by Alan Davis and Paul Renaud! A strange and impossible lost memory from his days in World War II draws Namor the Sub-Mariner to his one-time compatriot Captain America—but the two heroes and their respective allies find themselves pulled into a labyrinth of pain, destruction and madness courtesy of the Infernal Ichor of Ish’lzog!

This was posted at the Marvel Announcements blog on October 11th. I’m not quite sure what the actual Tarot connection will be. But perhaps it’s time for me to buy another Marvel #1. My mom happens to be still alive and kickin’ (she’s in her nineties). She’ll probably have a good laugh when I tell her she can throw it out. 😉