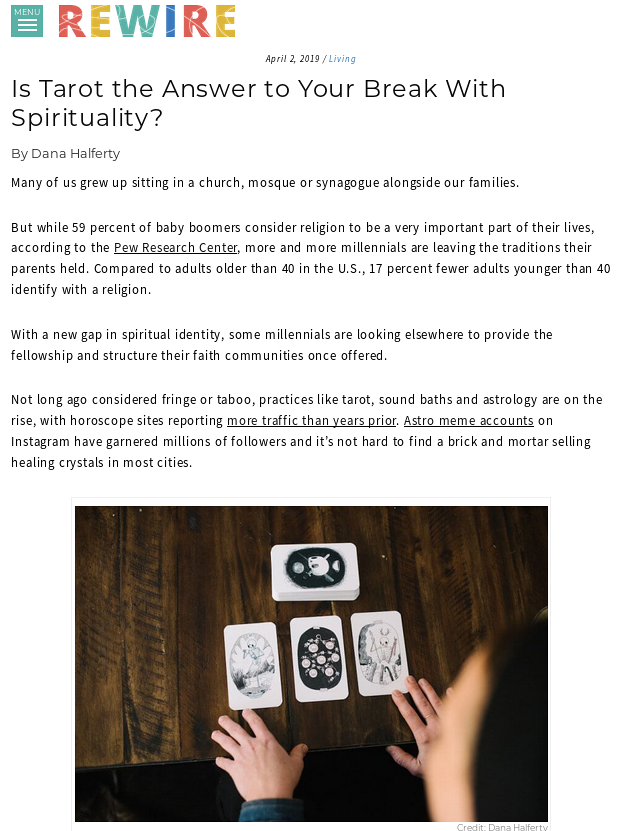 Rewire.org had a good story yesterday on Cat Rocketship, an illustrator who has published the Skeleton Tarot Deck. I think the story is worthwhile, and the experiences described could be helpful to many people. But I think it’s important to distinguish between traditional spirituality and modern spirituality to understand both this article, and the tarot. The artist uses tarot as a substitute for the social interaction previously provided by church and family. They state:

I think the role of organized Christianity has changed dramatically in the last 50 years in the United States. For a long time we used religion to support community and strengthen family ties because we needed those ties to survive more than we need them now. Sometimes how that was accomplished wasn’t so great. With globalization we’ve come to a new era of chosen family and breaking unhealthy ties when we need to. But that leaves gaps in our lives. I’ve delved more into spirituality in the last couple years because my friends are interested in it, and they are interested in participating in it together. They are also the same people for me that are my chosen family.

Traditionally, spirituality referred to a religious process of re-formation which “aims to recover the original shape of man”, oriented at “the image of God” as exemplified by the founders and sacred texts of the religions of the world. The term was used within early Christianity to refer to a life oriented toward the Holy Spirit and broadened during late medieval times to include mental aspects of life.

And Wikipedia also defines modern spirituality like this, from the same page:

In modern times the term both spread to other religious traditions and broadened to refer to a wider range of experience, including a range of esoteric traditions and religious traditions. Modern usages tend to refer to a subjective experience of a sacred dimension and the “deepest values and meanings by which people live”, often in a context separate from organized religious institutions, such as a belief in a supernatural (beyond the known and observable) realm, personal growth, a quest for an ultimate or sacred meaning, religious experience, or an encounter with one’s own “inner dimension”.

The very last clause, “one’s own inner dimension” is probably most relevant to the artist’s words, as when they say “It’s an invitation to explore whatever that spiritual, metaphorical, looking for patterns or listening-to-your-gut space is. It’s a tool I use to legitimize my intuition.”

My opinion is that the late 19th century/early 20th century men and women who re-energized tarot were on the cusp of traditional spirituality and modern spirituality. Waite defined himself as a Christian mystic. He founded the Fellowship of the Rosy Cross “to give form and substance to his vision of a fraternity, wholly Christian in character, that would provide practical, ceremonial expression for the spiritual aspirations of esoteric Christians,” as per the FRC website. The same page goes on to state Waite “gave up his struggle to remodel the Golden Dawn from within and set about the creation of a new, wholly Christian and wholly mystical Order.”

Which to me implies that just as the artist who is the subject of the article is attempting to remodel themself in a spiritual manner, Waite and his contemporaries were attempting to remodel the “temple” of the external religion they knew, Christianity, into two parts: external power, which they recognized as the pope, and an internal power, which was “secret,” “esoteric,” and hence something that was uniquely theirs in that they held its knowledge, too.

Final note: it’s very interesting that the artist focuses on the Moon card as being their favorite in that very beautiful and interesting deck. (Certainly if the article has a fault, it lies in not showing more photos of the deck!) 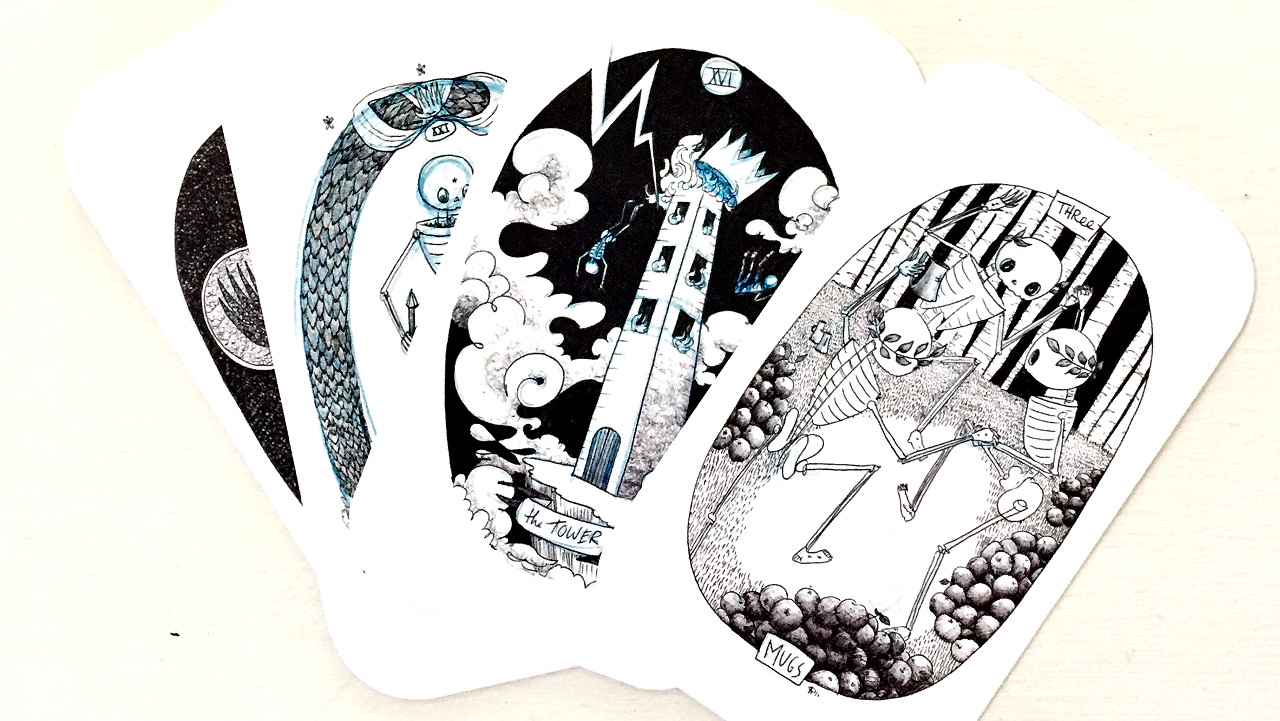 In any case, Waite says the High Priestess is “the Queen of the borrowed light, but this is the light of all.” Moonlight, of course, is borrowed light. I sometimes view the Moon card as one portraying a problemmatical duality… the dog and the wolf baying at the Moon represent the two sides of domestic and wild. The Moon itself embodies a similar duality—bare rock reflecting the Sun’s rays; the Moon, the representation of femininity, bright only due to the reflected glory of the masculine Sun. The more one studies the external symbols of the tarot, the further the path leads to the interior of one’s personal spirit.

Is Tarot the Answer to Your Break With Spirituality? is copyright © 2019.The Wikipedia article copyright is governed by the Creative Commons share-alike license.The quotes from The F.R.C. © Fellowship of the Rosy Cross. 1915-2018.